Delphian Gallery, the artist run, nomadic gallery and arts platform was launched in 2017 by Benjamin Murphy and Nick JS Thompson. Primarily London based, they aim to show the most captivating and challenging work by emerging and early-career contemporary artists. They often endeavour to give a platform to artists that aren’t regularly shown in London.

Past exhibitions have included sell-out solo shows from Florence Hutchings, Jordy Kerwick and Bertrand Fournier, as well as large-scale group exhibitions. In 2018 they launched their inaugural annual open call competition which was entirely free-to-enter. This year’s competition attracted over 10,000 entries from all around the world.

As well as the gallery, Delphian also produce the Delphian Podcast, Delphian Magazine, and host free talks and panel discussions for early-career artists.

Nick JS Thompson is an Internationally exhibited artist and has curatorial experience spanning many years. He has a vast knowledge of all aspects of gallery management.

Benjamin Murphy is a visual artist exhibiting globally. He regularly writes about contemporary art theory for numerous publications, and holds both a BA and an MA, specialising in Contemporary Fine Art.

If you would like to know more about Delphian Gallery, the artists, our ongoing calendar of events, or for any general enquiries, including fine art sales queries please don’t hesitate to contact us.

Due to the volume of requests we do not accept direct submissions.

If you would like to submit work for review by Delphian Gallery, please tag us in your instagram posts and use the hashtag #delphianopencall. We regularly check the hashtag feed and post works from it on our social feeds. If we are interested in showing your work we will contact with you directly.

Be the first to know about new releases and works, featured artists, and more in our monthly Delphian Chronicle newsletter. 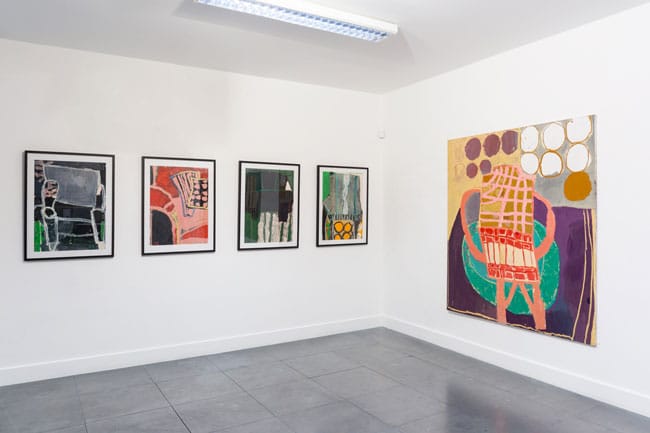 “We believe in supporting contemporary artists, especially the innovators and provocateurs, challenging stereotypes and continuing to push the boundaries of artistic expression & visual culture with their open minded and revelatory creative practise.”