London based artist Rhiannon Salisbury’s work investigates the glossy representation of women to expose an absurd dystopian reality of the capitalist dream.

Her process begins from selecting through an archive of advertisement imagery sourced through high-end beauty campaigns online and magazines. The resulting paintings show the disturbance caused by the social pressures born of the mass media machine. The images morph into a synthetic chaotic mush which seeks to simultaneously allure and repel the viewer. In decontextualising the original image through the subjective lens of painting, Salisbury engages with an otherwise unobtainable dialogue of beauty.

Inspired by serious literary and philosophical works such as The Society of the Spectacle by Guy Debord, and The Yellow Wallpaper by Charlotte Perkins Gilman, Rhiannon decontextualises and distorts the vernacular image in such a way to render it eerily familiar, yet entirely alien.

Rhiannon was the overall winner of our second Delphian Open Call, beating over 10,000 entries.

Enquire about artworks
RSVP for the private view 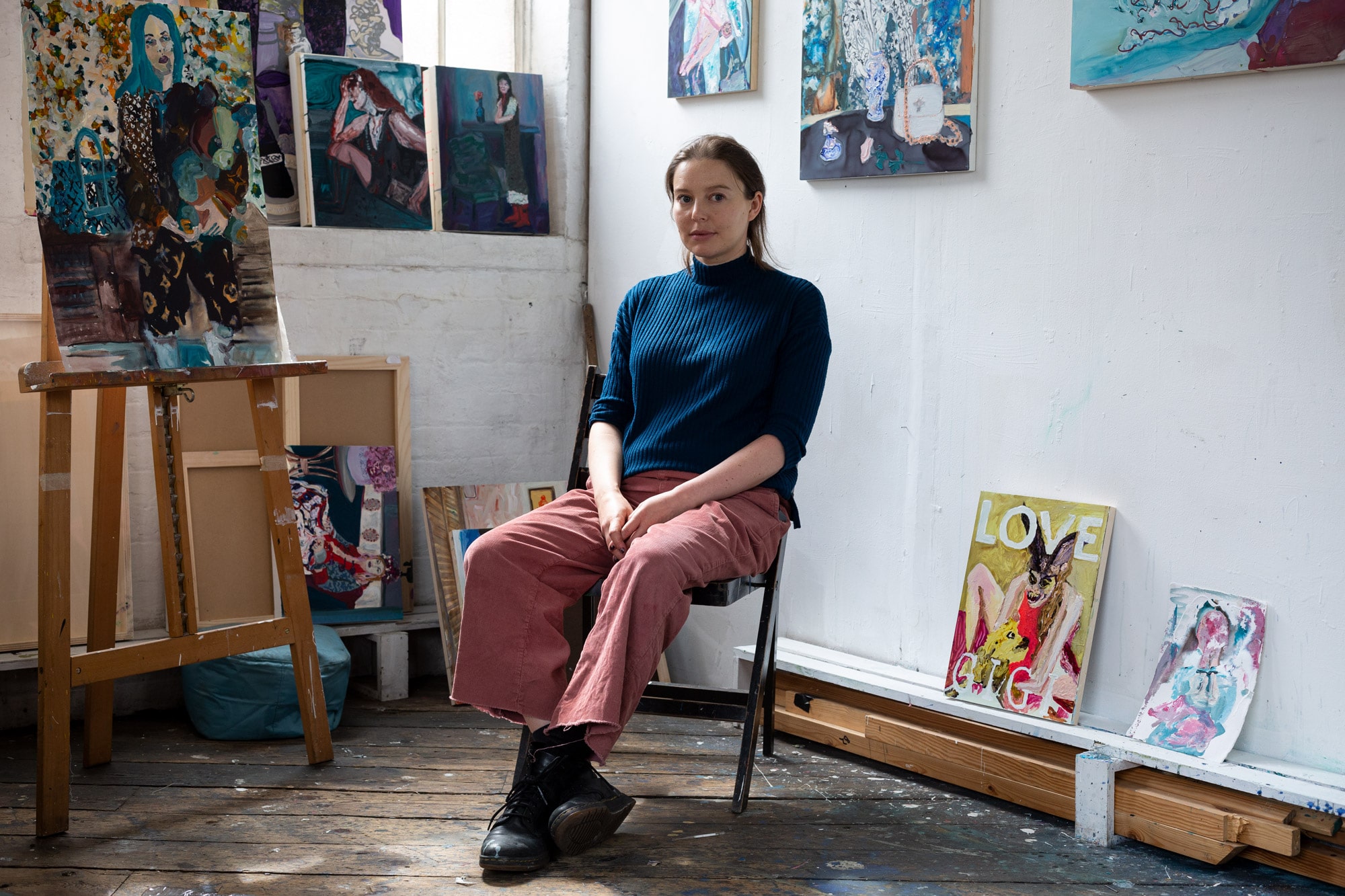