Igor Moritz (B. 1996, Poland) is perhaps one of the most exciting early-career artists working today. In 2020 he was listed as one of the most in-demand artists on Artsy, alongside Andy Warhol, Yayoi Kusama, and Jean-Michel Basquiat.

He is an artist we have worked with since we launched in 2018, being one of the winners of our ’18 Open Call and has gone from strength to strength since then. In 2019 we hosted a two person show with Igor Moritz and Kevin Perkins entitled A Long Way From Home, for which he created multiple canvases and works on paper.

His signature technique of conte-on-paper drawings is something that has captivated us at Delphian ever since we came across them, and so when the opportunity to host Igor’s debut UK solo show arose we knew we wanted works on paper. This particular body of work is his strongest yet, and the way he renders the subjects (often intimate friends of his) in a distorted yet beautiful way calls to mind artists such as Egon Schiele and Henri Matisse.

Our assertion that he is an exciting and important artist is not because we are showing his work, rather the opposite: we are showing his work because he is an exciting and important artist. We see very big things in Igor’s career, and indeed these are already starting to happen. Still in his twenties, it won’t be long before he is a household name. We are very honoured to have been working with Igor from such an early stage of his career, and feel very lucky to be hosting his debut UK solo show. 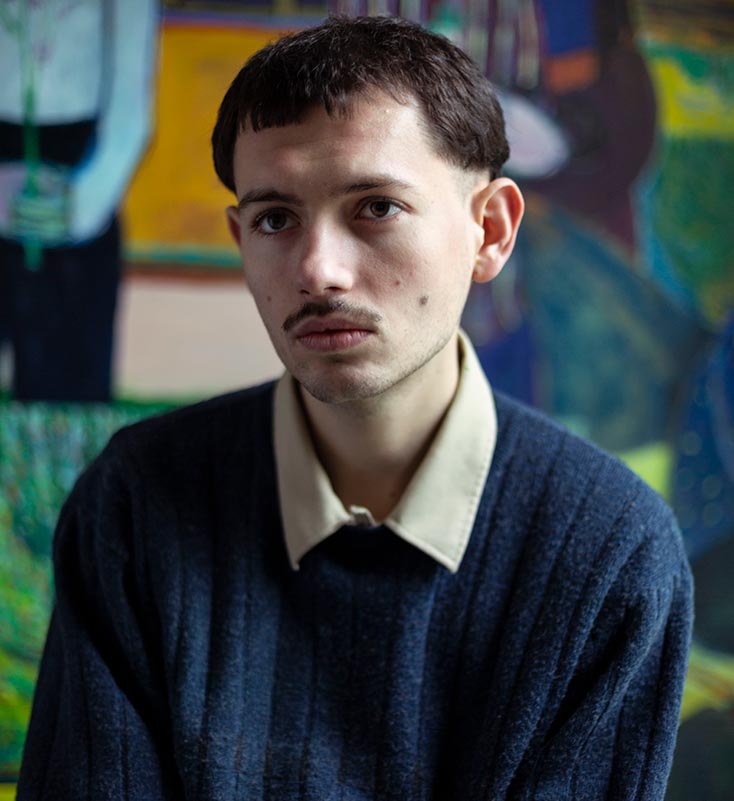