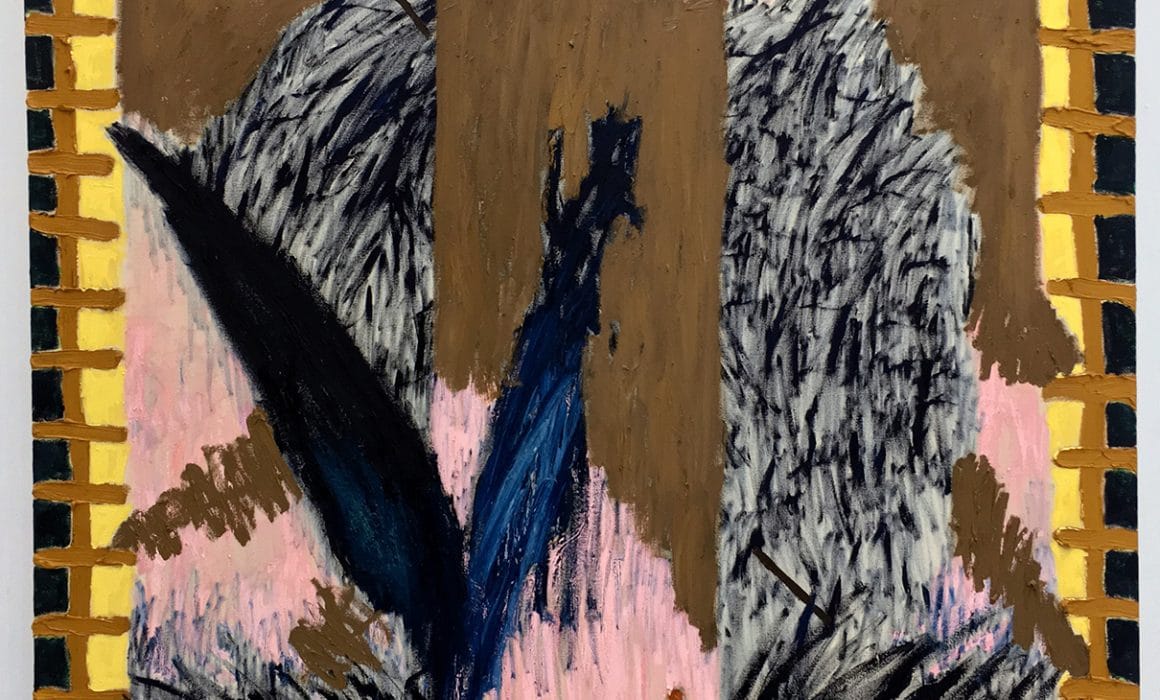 Benjamin Murphy – Firstly, why are you an artist?

Daisy Parris – I feel like it’s an inevitable part of my life. I’ve been obsessed with painting and drawing since I was 13 and always wanted to be like the local artists I knew. I live for painting. It excites and stimulates me and gets me through life and I’m working really hard to maintain it as my career and not have to go back to jobs that suck the soul out of me. 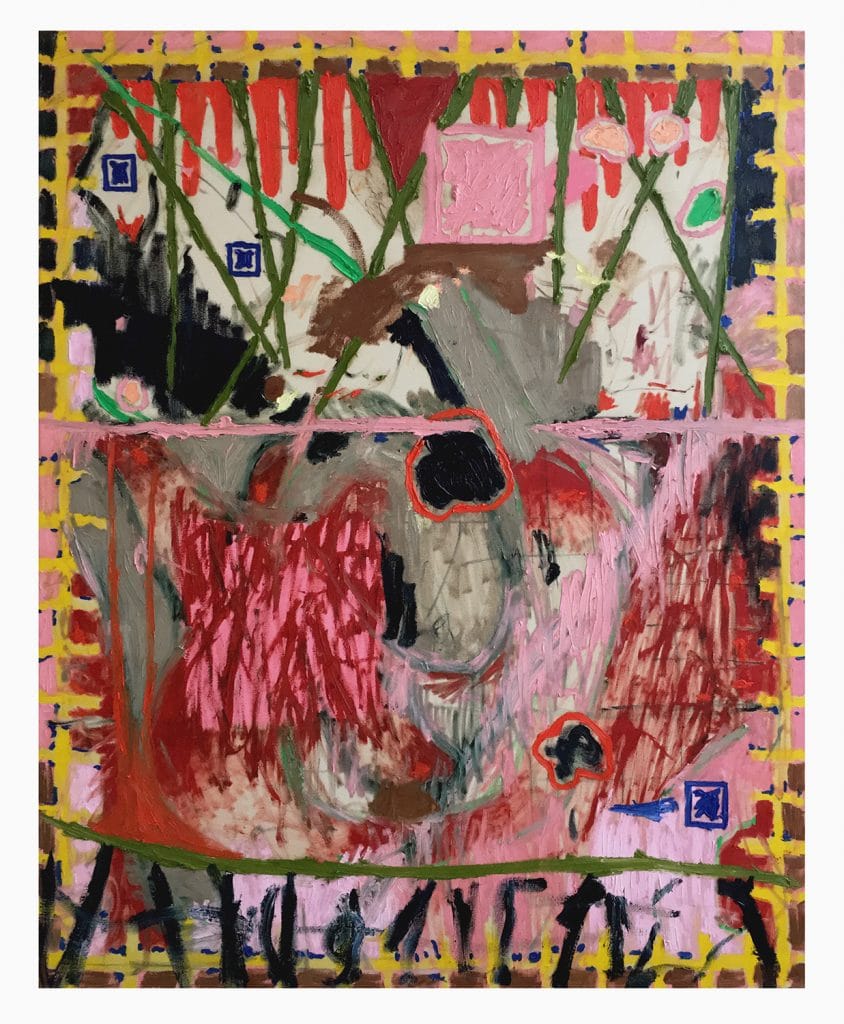 Benjamin Murphy – What do you think you would be doing if you weren’t an artist?

Daisy Parris – In a dream world I’d be making music or something but in reality I’d probably still be a pizza chef.

Benjamin Murphy – What do you think it is about your work that resonates with people?

Daisy Parris – I put a lot of sadness and agony and tenderness in my work and I think people can feel that and empathise with the paintings. I also use a lot of imagination which allows me to play around with familiar imagery and energy so maybe that’s how people get into the work. I think about colour and composition a lot so you can also just enjoy the work visually if you wanted without going deeper. 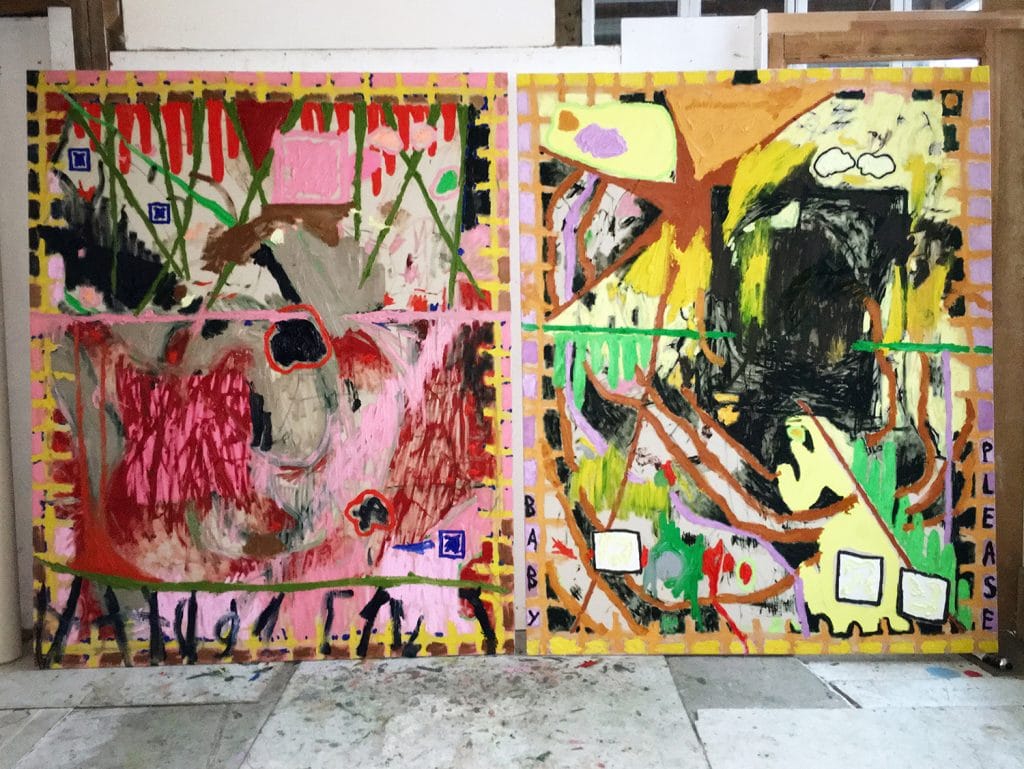 Benjamin Murphy – Do you think that your work is dependent upon this sadness and agony, and would it be as successful were they not present?

Daisy Parris – I think there’s a certain honesty it brings to the work which I am really interested in maintaining. The process of painting also helps me come to terms with things and using colour makes me really happy. I look back at my lighter, more playful work and it just feels empty now. I think my most successful work has come from somewhere dark but I’ve been productive and created something positive out of it. These are the paintings that stand their ground.

Benjamin Murphy – Yeah I think that is very readable in the work. Does this make you crave disorder, so as to keep making the work that this dark mindset facilitates?

Daisy Parris – I don’t think I’d ever crave disorder but it seems to just be present a lot. Whatever’s going on at the time I really believe that I have to be doing my best work of that moment y’know? Even if later in life it doesn’t seem as successful as other work, I know that at the time it would have excited me.

Benjamin Murphy – Yeah that makes sense. Are you attracted to the same kind of darkness when viewing work by others?

Daisy Parris – I think I’m drawn to it naturally and that tends to be the work that affects me most because it’s got someone’s soul in it. I love being affected and consumed by work. I love work that questions the world and educates people. I’m also really interested in comedy; which in itself is a coping mechanism for darkness; and I love funny art. I think there’s a place for everything Is there much comedy present in your work? I guess there’s some funny gestures involved. The drips I paint are quite funny even though they suggest horror or gore. I think they’re quite ironic or almost redundant – it’s like what’s the point of hand painting drips when I could just pour the paint down the canvas and it would be done in a fraction of the time. But anyway I like being in control of where the drip stops. Putting those structures in place in painting are quite funny I think cos then you have to commit to the task you’ve set yourself. At the same time you can reject all the rules you’ve set yourself and that’s where the fun is. And I like doing these little gestures with paint that seem really serious but are actually quite frivolous. The thick paint squiggles in boxes that I paint a lot are an example of this. Cos I’ve framed the stupid little gestures it’s given them a status.

Benjamin Murphy – Is this the same reason for the bold geometric frames you paint onto every canvas?

Daisy Parris – I love having something to hold the painting together and the frames are the device I use for that. As a painter it’s easy to get attached to certain motifs and devices and I don’t wanna be stuck doing the borders forever so I’m trying to use them as an after thought now and not rely on them so much. 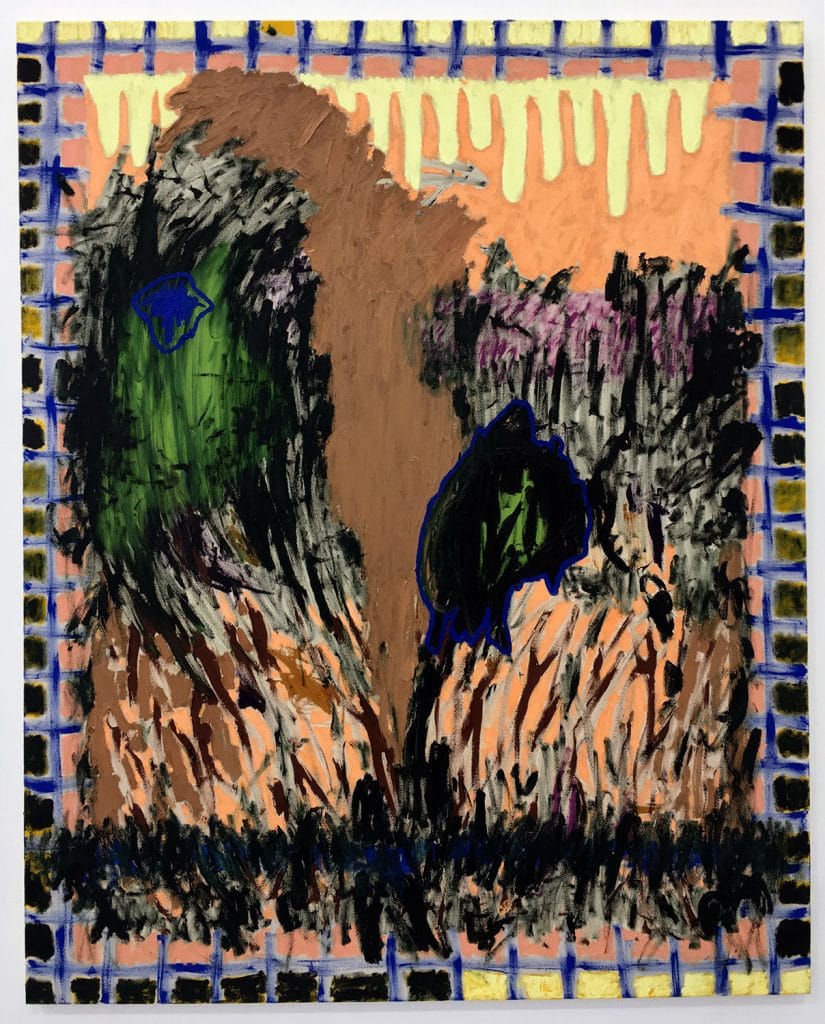 Benjamin Murphy – Do you think it’s important as an artist to step outside your comfort zone and allow yourself to be a little uncomfortable?

Daisy Parris – Yeah absolutely otherwise I think your work would be stuck in the same old place forever. With risk comes interesting work and interesting experience.

Benjamin Murphy – What is your next risk?

Daisy Parris – I think my next risk is gonna be really investing in myself and my practice and allowing myself to experiment and not make safe work.