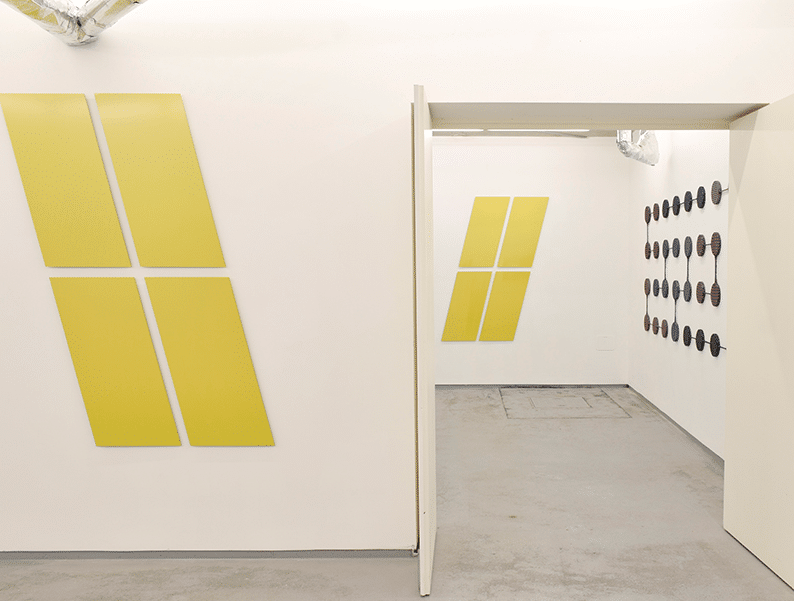 For this Guest Article – artist Rowan Newton interviews Robin Footitt about his work, and his current show at New Art Projects in London. For more about both artists and the gallery, see their website links at the bottom.

RN – One of the first things I noticed as I entered the exhibition is that it seems to be in 3 parts. Tell me about the theme to this show and how each part plays it role within that theme?

RF – ‘Open Window’, is the second solo project I’ve had at New Art Projects, and continues a theme which takes modernism into the realm of communication through image abstraction when using technology. The perception of an open window has changed in recent times from a sense of escape and outward potential to a much more singular, internalised, anxious pursuit born out of working on layered computer screens. I liken the stages of my treatment to the exhibition theme as a series of acts, much like in opera – the topic can be a central focus in the work or a subtext to underwrite other more intimate narratives. This is similar to the way in which I work, using different materials and time signatures (“instant” objects versus labour intensive craft) to resolve and set a rhythm in the installation.

Perhaps the first act in Open Window is the series of dots connecting together, plotting grid compositions and dividing lines throughout the space. These are patterns made on Lycra, which replicate the magnification of various phone and display screens. These red, green and blue tessellated shapes were initially assembled as paper collages to reclaim the handmade and tangible act of touching a pixel. The 90 degree angular forms they make on the wall are much more mechanical and are reminiscent of linking dots together to unlock your phone or make a chain of matching candies to make them dissolve… Relationship to the screen is echoed throughout the other works – I’ve made drawings about the passing of time and maintaining your place within it, using visual significations such as placing a napkin over a drink to claim your absence (Holding Object) or indeed taking that napkin and repeatedly unfolding and refolding it in different ways as a means to kill time (Napkin Variations).

RN – The geometric shapes, can you tell me how these pieces were made?

RF – The two yellow windows, titled ‘Outlook’ and ‘Explorer’ are good examples of what I referred to earlier as instant objects. They are both made from Dibond aluminium sheet material, which I draw on with permanent marker and their shape is predetermined by this relationship. Those drawings were at the same scale as my phone screen (9:5) and these parallelograms were cut to size and produced instantaneously. Whilst the pair have a simple hard edge abstraction I enjoy the multiplicity of their purpose, like having the spectre of a ray of light cast on the wall through a window. 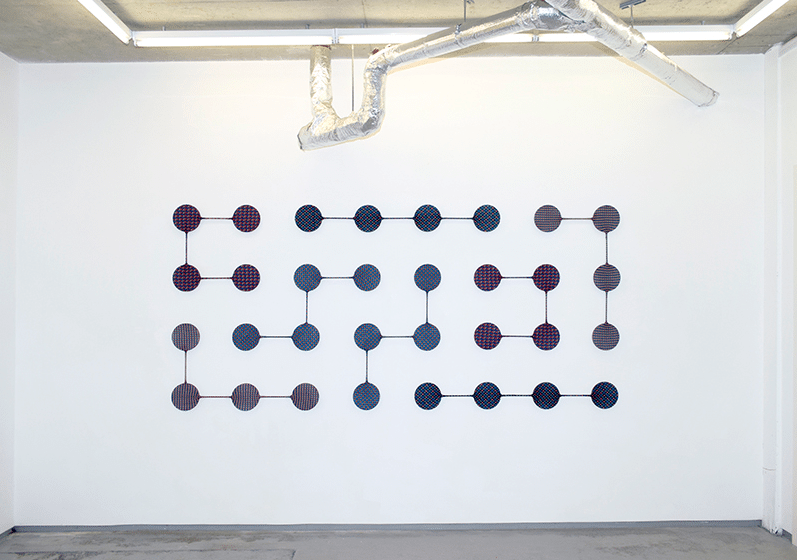 RN – When you say Outlook and Explorer, I instantly think of the email host and search engine, are they the source of these names? And why?

RF – Again ‘Explorer’ and ‘Outlook’ respond to the window theme but you’re quite right that they are in reference to android software. There was something attractive about those names as if you were being a pioneer looking out on the vastness of all this information. In regards to the pieces one is reflective and the other is a more matt surface so I titled them respectively.

RN – Now having a little time to live with the show as an exhibit, how do you feel about it?

RF – The work I keep returning to is ‘You Left Me’ a photographic altar piece-style triptych that hangs off the corner in the second room. The three images come from an undeveloped camera film, which I found sat inside my aunt’s camera after her passing. It was half-used and had been there for some years previously forgotten. When I processed the negatives each print had a bleached, dreamlike quality, which came partly from the fixed perspective lens, but also the deterioration of the film. It seemed apt to keep this analogue production so I scanned the prints without retouching and housed them in a bespoke hinged frame. The lack of focus toys with the arrangement to maintain a constantly shifting focal point, which I admire. It makes me nostalgic for less immediate forms of photography I suppose, where the first exposure isn’t instantly lit up by a screen and consumed just as quickly. 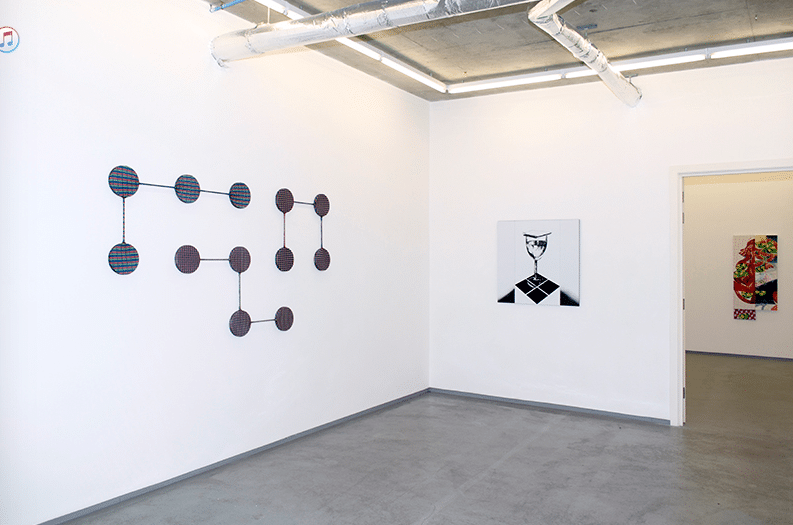 RN – You have worked with New Art Projects for just over 2 years, tell me about that journey?

RF – It has grown pretty organically since ‘Modern Grammar’ which opened in September 2016. Fred Mann, Director of New Art Projects has put the trust in me to develop over that period with a solo project booth at VOLTA New York in 2017 and that invitation extended to me curating group show ‘The Toast’ alongside Open Window this November.

RN – If you could make one thing disappear from the Art world what would it be?

RN – Do you have a piece of your own art hanging in your home, of so, why that piece? If not, why?

RF – I do yes. Many works hanging in my home are from years of swapping with other artists that I have either curated, collaborated with or studied alongside, and the odd bit of collecting from independent online stores.

Open Window can be viewed at New Art Projects, London until 21st December 2018

FOR MORE GUEST ARTICLES CHECK OUT:

Nicholas Burns – Inside the Bug Jar