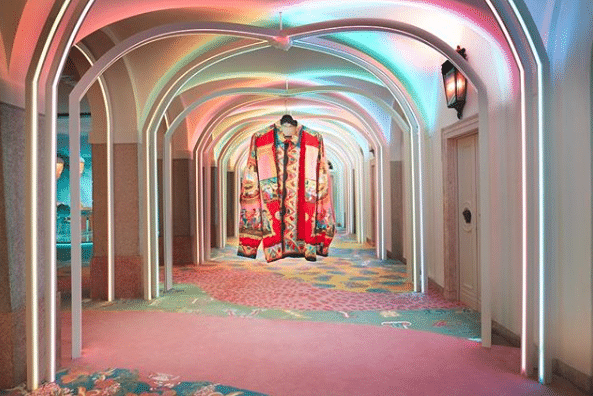 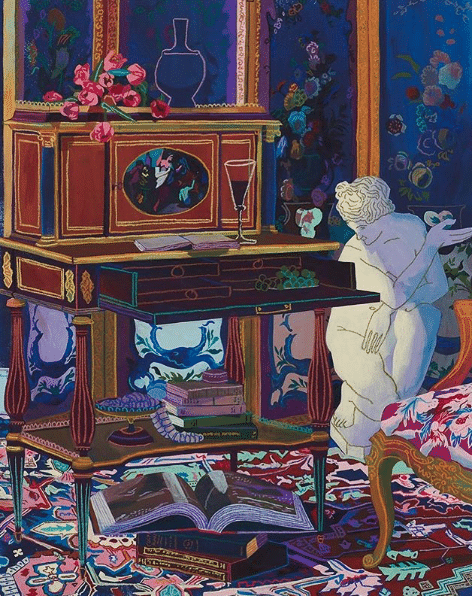 You appear the embodiment of your work, does art imitate life or does life imitate art?

I think my concern for aesthetics simply bleeds into every facet of my life. I’m interested in beauty and surrounding myself in it, be it in the studio, in my apartment, or in my wardrobe. I guess, in a way, it’s neither art imitating life or vice versa so much as all things imitating my love for visual stimuli.

How much has being a designer affected the aesthetics of your paintings?

A lot. I see my life as a designer to be a kind of visual training. It’s much easier to play around with colour, composition, and form in photoshop then on a canvas, so, at least in regards to the aesthetic aspect of my work, I had a lot of practice. 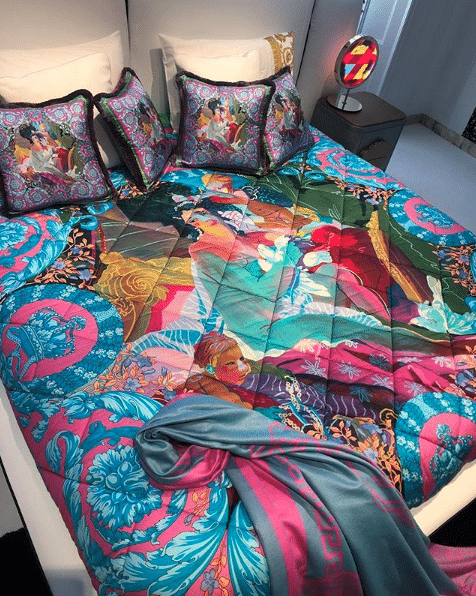 Is there any crossover between your music and your painting, and how do they cross-pollinate?

I think one could argue that I’ve been on a specific trajectory for my whole artistic career thus far, in music, design, and painting. All three have used some form of sampling, for instance: in music as samples, in design as found and scanned images from things like text books, and in painting as reinterpretations of various tropes from the cannon of art history. In a way, I see my true medium being culture to which I use various ways to play with it.

How important is it for artists to have other avenues of creation?

I don’t think it’s important at all to diversify if it’s not something that one wants to do. I’ve done nothing but paint almost every day for the past seven or eight years now and, honestly, it feels amazing. I feel focussed and sturdy from it.

Out of music and painting, which medium do you feel is the closest expression of your creativity?

Painting, definitely. I haven’t made music in years and honestly don’t miss it.

Your paintings share a lot of similarities with the themes and imagery of the old masters, but recontextualised. Is this an intentional device and if so what are you saying when you use such themes?

Yeah, that’s definitely intentional. There are a few things at play when I’m recontextualizing art history tropes. Firstly, I’m playing with the psychology of value. Since my versions of these paintings don’t contain any of the properties that the art market would say give the piece its value, such as antiquity, provenance, or even technical mastery, I’m asking the question of what gives my version its value. I’m not trying to shit on art’s price tag, I’m simply trying to point to the magic of art in a kind of Duchampian way, except using money as the measuring stick. Secondly, I’m exploring the way that the subject of the original painting, say a flemish still life, works in tandem with the subject of my painting, which is a painting of a flemish still life. In a way they’re the same thing – a depiction of luxury.

How do you reconcile the lavish and the glamorous on your work with your punk sensibilities?

I think my history in punk led me to the lavish themes in my work. I grew up in a culture where “selling out” was the ultimate sin so the bands who were successful had to enjoy their success in a kind of shameful secrecy and I see the same thing happening in the art world. Thus, the punk kid in me sees addressing making money as the final taboo.

The show Alchemy at Beers Contemporary was predominantly paintings of rooms in which other paintings of yours sit. Is this a very meta-comment on the artist being affected philosophically by the people who collect their work?

I see it more of an exploration of that same taboo mentioned above. To me, it’s a play on the classic theme of an artist depicting his or her own work in new works, traditionally done through studio paintings like Matisse’s Red Studio, which focusses on the creative side of painting, while mine are done through paintings of my patron’s homes which shifts the focus from the creative to the commercial.

Do you think that the commercialism of art should have this much power?

How did your collaboration with Versace come about, and what has it been like working with the fashion brand?
Versace contacted me totally out of the blue. Believe it or not I was in the midst of making the giant Versace sculpture when they reached out and they hadn’t heard about it yet so the timing felt very serendipitous. Working with them has been great – they definitely use a different language than I do (I mean designer-ese not Italian) which takes some getting used to but their team is full of extremely creative people who have been a pleasure to work with.
For more interviews 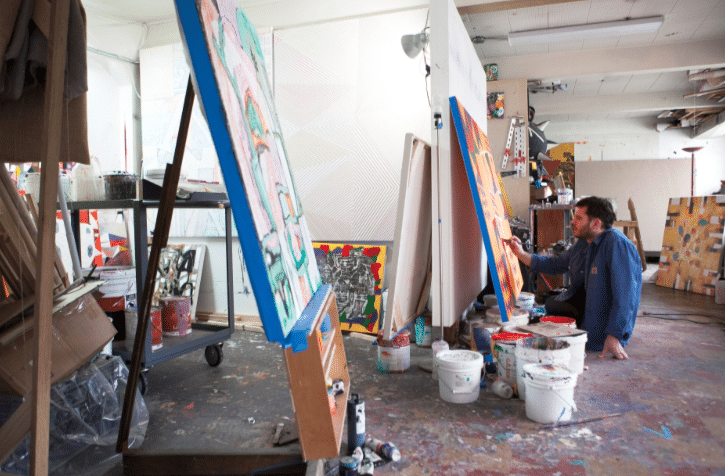 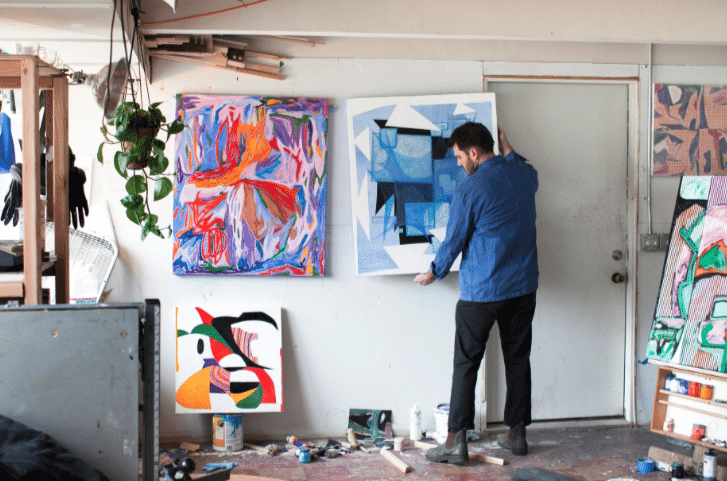 On Now.
The show closes on Friday, April 5th, 2019
1523 b Webster St. Oakland, CA 94612
info@part2gallery.comDelphian favourite Pt. 2 Gallery is pleased to present Zero Player Game, a solo exhibition of paintings by Oakland-based artist Brett Flanigan. The exhibition title is a reference to the mathematician John Horton Conway’s Game of Life, a 1970 mathematical simulation where, given an initial state and a set of simple rules, a black and white grid evolves endlessly in ways that are seemingly organic and operate on similar principles as life itself.

In this body of work, each painting begins with an initial state in which Flanigan builds energy, usually involving repetitive patterns and intuitive mark making. This initial state then undergoes a series of reducing and rebuilding moves based on self-imposed rules or logic. The works are simultaneously formulaic and improvisational. Whenever possible, Flanigan makes aesthetic decisions using games of change such as dice rolls, coin flips, or random number generators, leaving the artist’s pre-conceived or socialized views of aesthetic behind, paving the way for unusual compositions and color combinations.

This philosophy allows Flanigan to explore many painting styles, without attempting to hone in on a signature look. While at first glance the paintings may feel disparate, upon further inspection, the viewer may see how Flanigan borrows ideas from his earlier paintings. In this way, he allows them to interact in a way that is comparable to the organs in a body, each performing its own function while working together with the others and allowing the work to live. 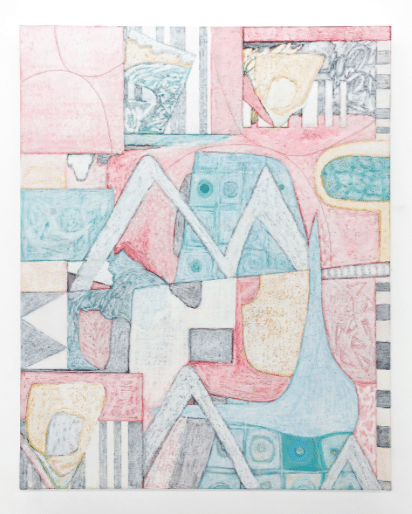 Our next show is our Open Call, which opens on the 28th of March. 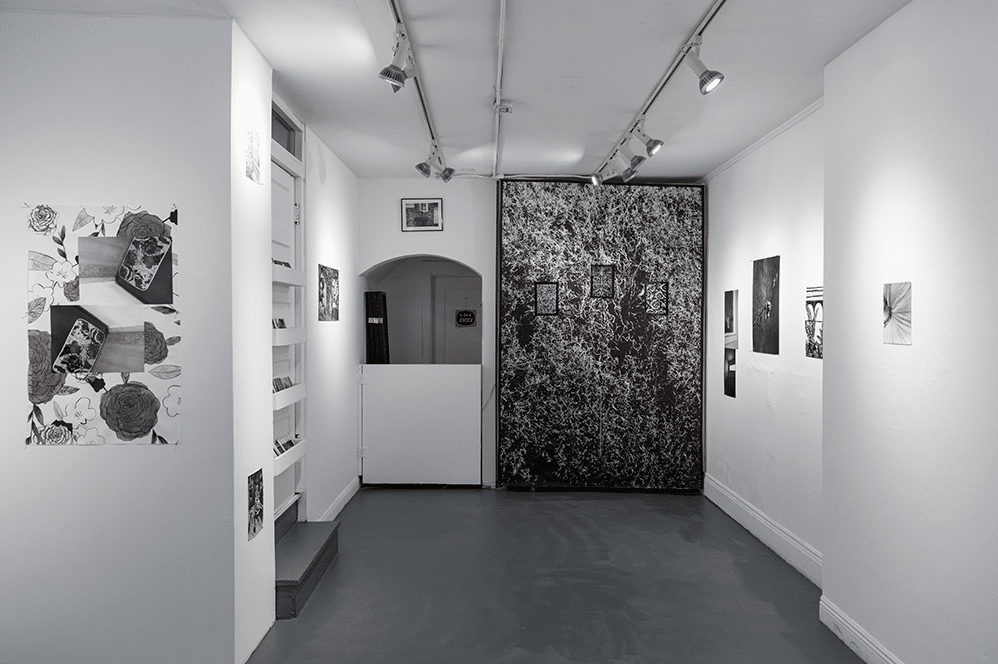 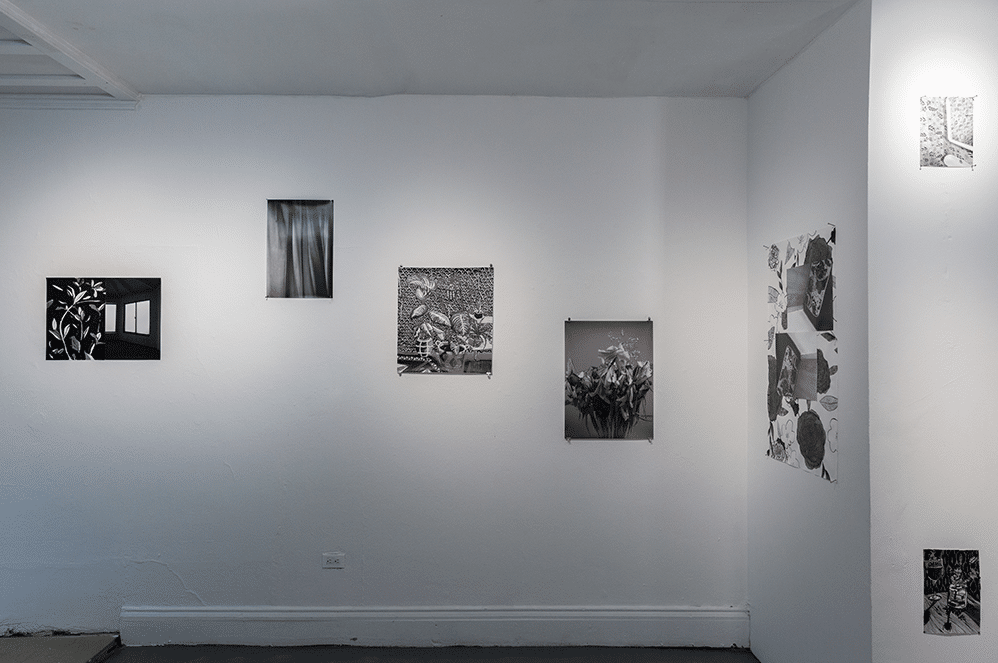 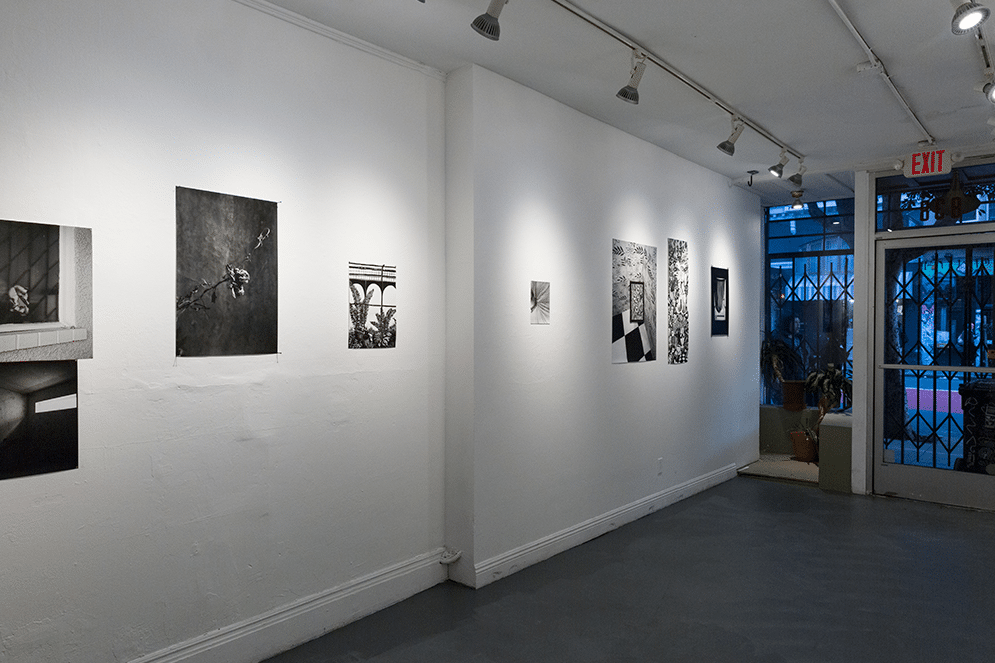 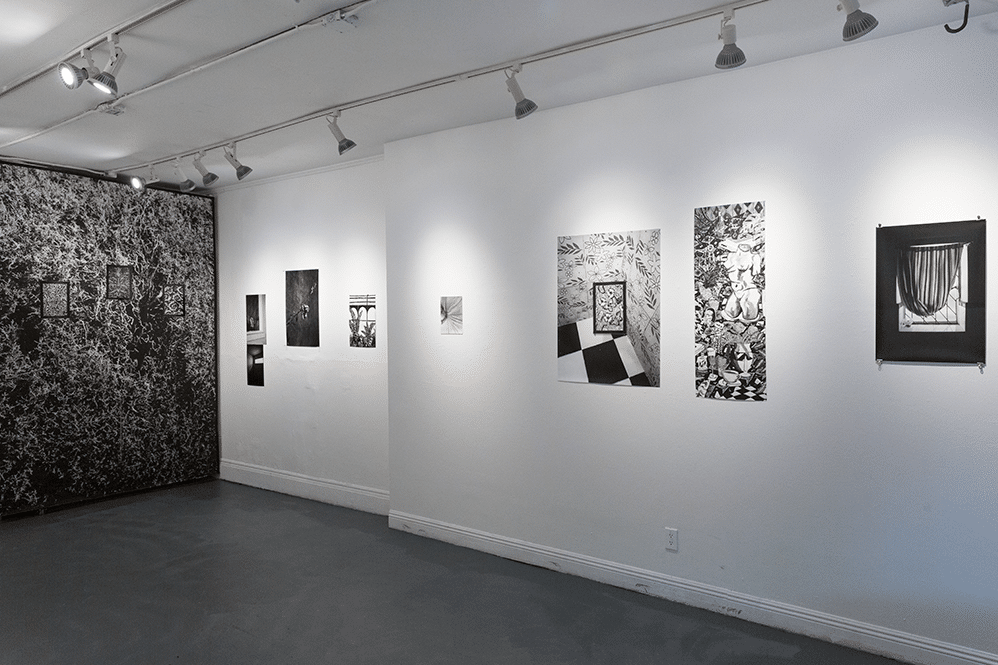 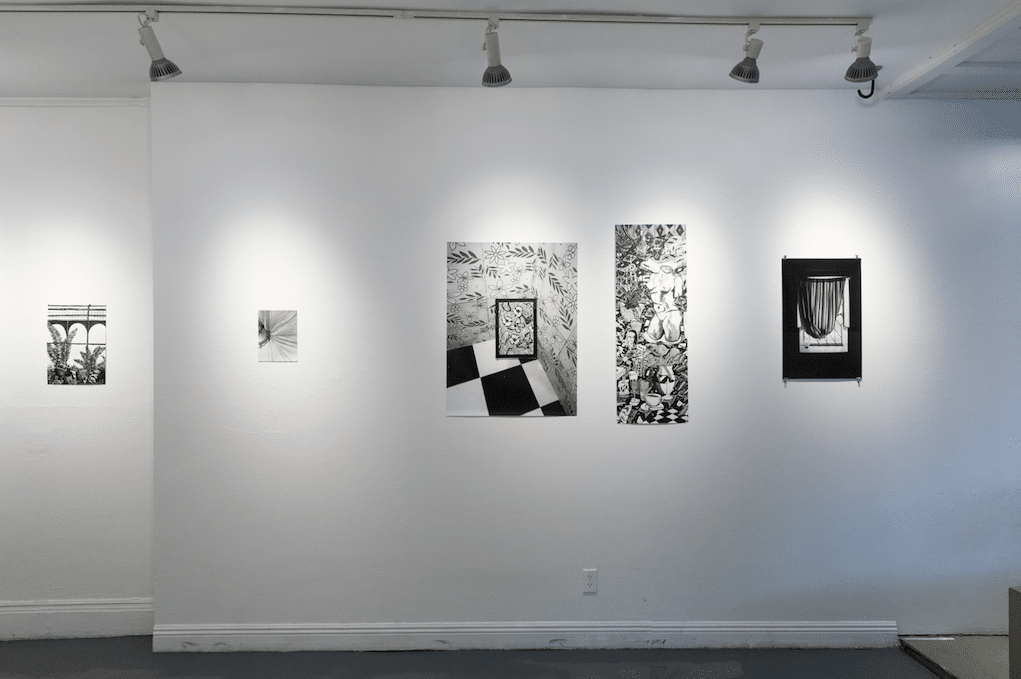 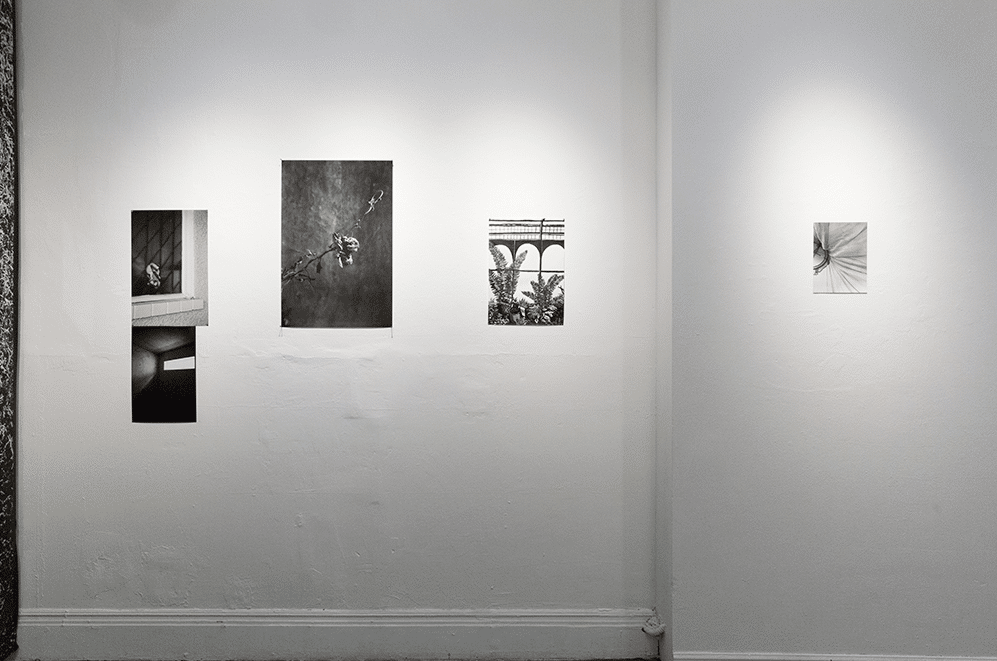 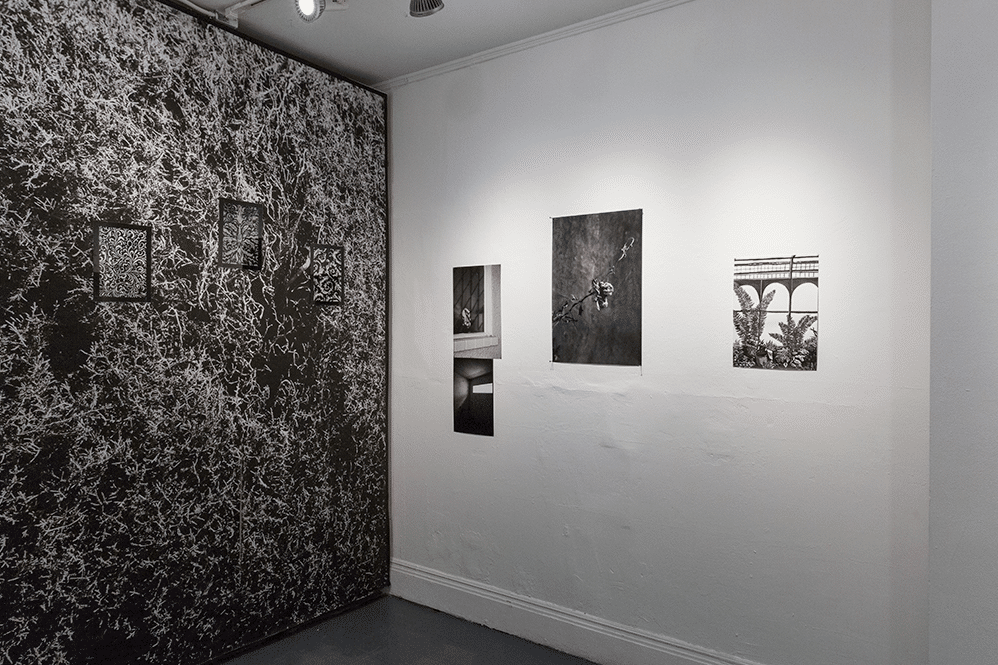 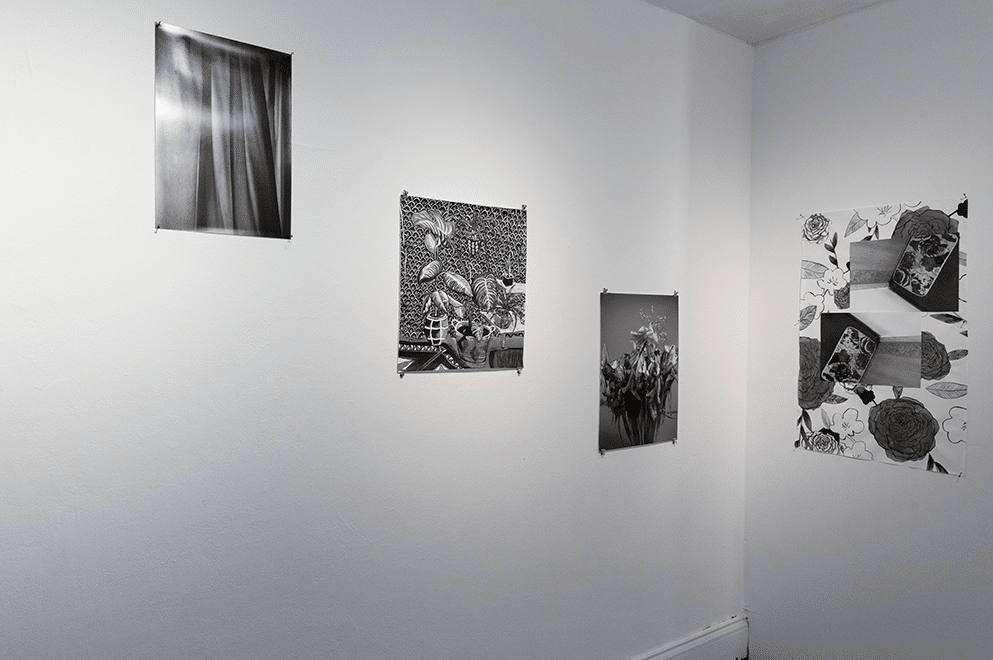 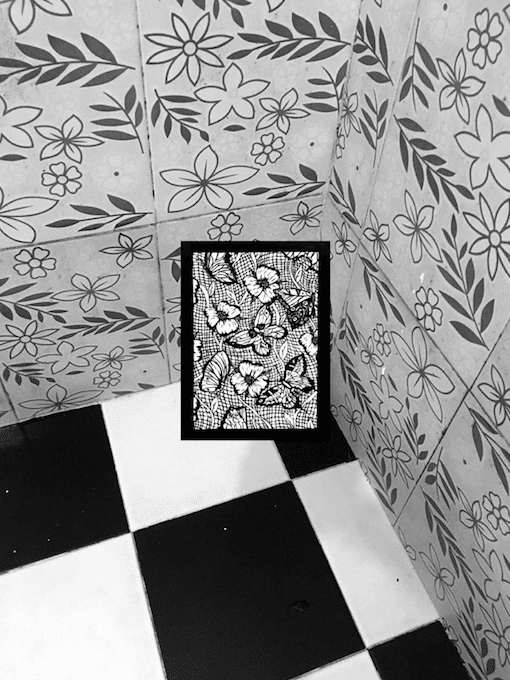