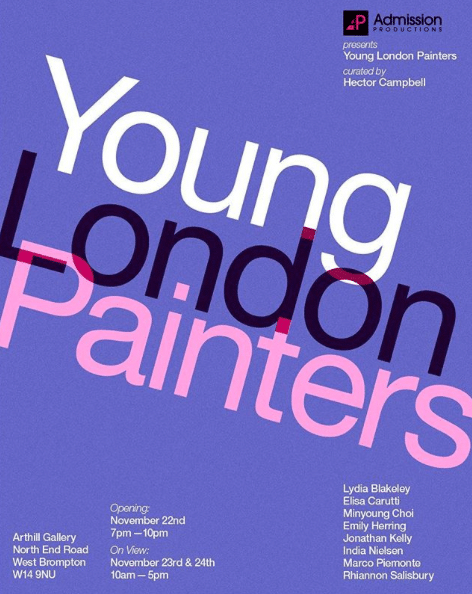 Curator and art historian Hector Campbell has curated a brilliant show of all student or recent-graduate painters, which opens in London on the 22nd of November. We decided to catch-up with him to find out a little about the show.

Firstly, could you please tell the readers a little about your background?

I recently moved to London, having lived in Bristol for the last six years. I studied History of Art at Bristol University, which was a great course and allowed me to participate in curatorial projects with their print and theatre collections. However, as with many university courses, the actual contact hours were relatively few (around 4 or 5 hours of lectures a week) so I had plenty of time to get involved in some exciting projects that the thriving Bristol art scene had to offer. Having been interested in Street Art and Graffiti since my teenage years, I was lucky enough to get work with many artists whose work I had been a fan of for over a decade. During my time in Bristol I worked alongside author and curate Ed Bartlett to compile travel publisher Lonely Planet’s first ‘Street Art’ guidebook, organised the UK premiere of documentary Saving Banksy complete with live painting from Blek le Rat and others, and worked for Fluorescent Smogg, a gallery and production house doing some of the best work in Street Art/Graffiti scene.

In the last couple of years I found myself coming to London more and more frequently for events and exhibitions (quite often seeing 20 exhibitions a day to try and fit in as many as possible), so it felt about the right time to move to London and see what opportunities it had to offer, and so far it’s been incredibly rewarding.

There are some really exciting young painters coming up at the moment, can you tell me a little bit about some of the artists you’ve discovered and how you found their work?

I think it’s a very exciting time for painting, especially in London. With a large proportion of post- YBA generation artists turning to sculpture, video and installation in the 00’s, it’s only recently that I’ve noticed a big return to painting, especially amongst student and young artists.

I was overwhelmed by the response from the artists I approached about this exhibition, and the line-up is something I could only have dreamed about when I started planning this show a few months ago. Many of the artists I discovered at degree shows; Elisa Carutti and Minyoung Choi both showed incredible bodies of work in the Slade School of Fine Art’s MA show, and Marco Piemonte I found hidden down a long corridor during Chelsea College of Art’s MA show. I first saw Jonathan Kelly’s work in the 2017 Royal Academy Schools show, and have been a fan of his since then. India Nielsen’s work I had seen on Instagram (a brilliant resource for anyone involved in art, and where I daily find new artists that I love), and was excited to see it in person at the Royal College of Art degree show earlier this year. A friend of mine at Edinburgh University recommended Emily Herring’s work to me a while ago, and when she moved back to London after graduating I made sure to check it out. Finally, I first saw Lydia Blakeley and Rhiannon Salisbury’s work in small group exhibitions, Lydia’s at Enclave Projects in Deptford and Rhiannon’s at the Turps Painting Leavers Show at Paul Stolper Gallery. 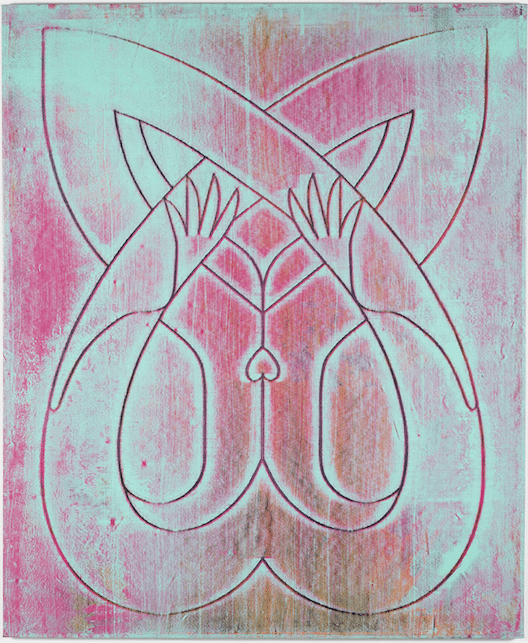 Why did you decide to curate a show of exclusively students and recent graduates?

I started going to some of the big degree shows a few years ago, after realising they were great places to see work by emerging artists, and having not realised before that they were open to the public. This year I made a concerted effort to go to as many as possible, and I found that it was always the paintings that I was drawn to most. As a member of the public going to look around a degree show, you often have minimal resources available to you, the name of the works, and occasional artist statement if you’re lucky. You’re therefore left to take the works largely on aesthetic value, and while I’m sure much of the more experimental video, sculpture and installations on show are fascinating once being conceptualised to the professors in the critique, painting is accessible without that level of description or explanation.

Admission Productions, who are presenting the exhibition, have taken a chance on me as an emerging curator, so I thought it only right to continue that trend and show the work of some of my favourite student and graduate artists. Did you have a particular feel in mind for the show and have you selected the individual works that the artists are putting in, or have you allowed them to submit whatever they choose?

The exhibition space, Arthill Gallery in West Brompton, is beautiful and has partition walls creating lots of hanging space. I’ve therefore asked each artist to submit one or two larger works, as I think it’s rare that emerging artists get the chance to show works of this size, especially in a group exhibition. Each artist will almost get their own space within the gallery for these larger paintings. Then there is a long back wall at the gallery where I plan to do a salon hang of smaller works, with each artists giving us two small paintings, and that’s where I plan to draw out the relationships between the artists and the individual works and hopefully find some common themes. I’m not having a big say in the individual works, as excitingly the majority of the artists are making new paintings for this exhibition. 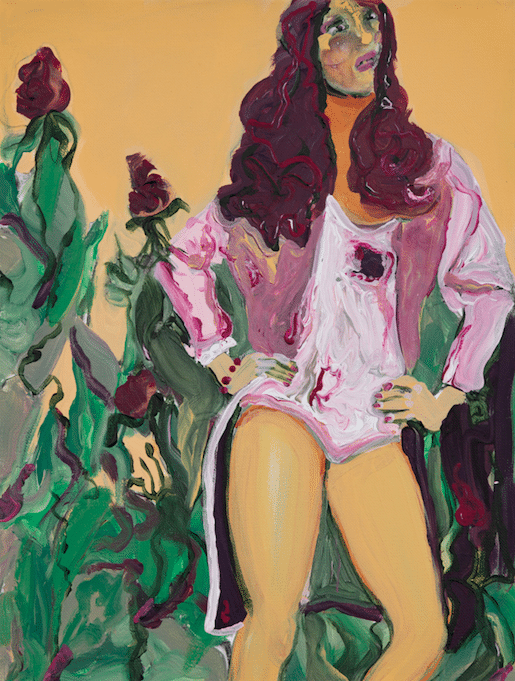 I think that my background in Art History has allowed me to develop a certain level of connoisseurship, having been taught the skills of visual analysis and the importance of looking, alongside the purely historical studies that I’ve done. I hope that this allows me to select artists who not only I love, but that the public will love as well.

On the flip side, I think curating informs my practice as an art historian as there’s no substitute for the practical application of staging an exhibition. The problems and issues you encounter and overcome during that process, therefore, gives me a greater understanding of the history of exhibitions and curatorial practice as a whole.

If you would like to see more of the works in the show, Hector will be doing a week-long takeover on our sister account @Daily_Contemporary_Art from the 19th.

Hector Campbell recently interviewed us for Arrested Motion, which can be read HERE