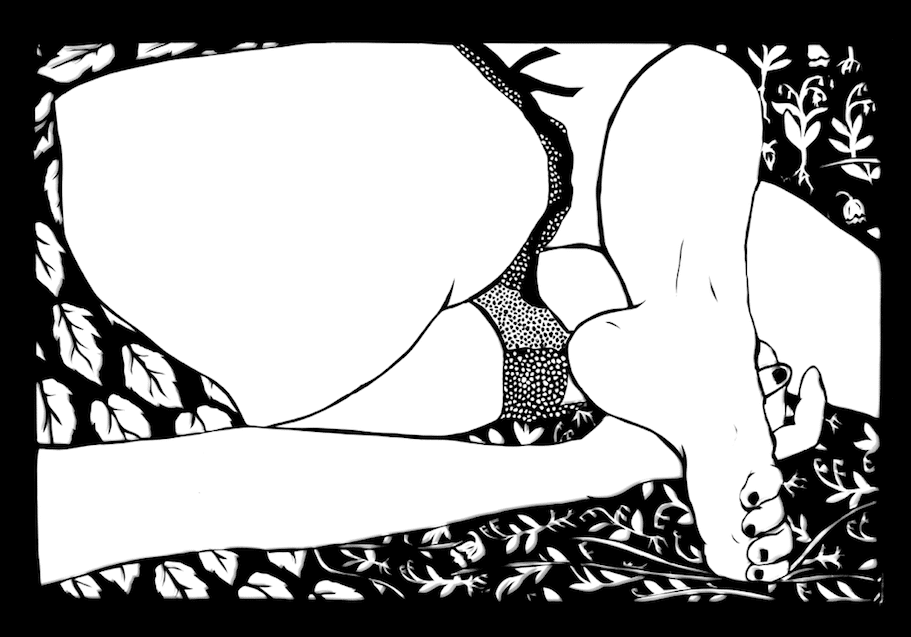 ANTIHERO, however, marks a stark departure from what we already know, or think we know, of Benjamin and his work. Having spent much of his artistic career occupying a rare and liminal position within the conventional art world at large, his work bearing the hallmarks of many artistic movements and trends and yet never being fully identified or categorized within them, Benjamin has decided to eschew all preconceived expectations and assumptions about his work. The unconventional nature of Benjamin’s chosen medium (black electrical tape on glass) defies easy classification by being neither drawing, painting, nor sculpture has often seen him the outlier of many a group exhibition. But not dissimilar to the journey of maturity experienced by the titular character of Hans Christian Anderson’s 19th-century morality tale, it is after many years of honing his skill and singular vision in the artistic wilderness that Benjamin is able to thrive when given the platform of a solo exhibition. ANTIHERO, therefore, is Benjamin’s most earnest attempt at encapsulating his work and presenting it to the audience in exactly the way he deems fit, away from any outside influence.

ANTIHERO also marks an arrival, as, after many years with a sole focus on depicting predominantly female forms, Benjamin is presenting works portraying other genders for the first time. This change is due in part to growing frustration with the subject matter of his work, as well as an increased awareness that he’d had ended up operating from within his comfort-zone, and in part Benjamin’s realisation that he was representing only one type of beauty. By creating artworks that were popular and yet artistically safe, Benjamin was not only struggling to evolve as an artist but also neglecting the aesthetic beauty of other body-types ANTIHERO, therefore, can also be seen as a creative course correction for Murphy, away from his comfort zone and towards more challenging and rewarding lines of artistic enquiry.

Benjamin carries this anti-establishment and individuality through into his other artistic endeavors, principally among them Delphian Gallery, which he co-founded with friend and fellow artist Nick JS Thompson in 2017. Delphian manages to circumvent the traditional gallery model by operating as a nomadic curatorial practice, presenting the most exciting and innovative emerging and early-career artists on a national and increasingly international stage. They are also pioneers in harnessing the creative potential of social media, and their most recent annual open call competition garnered over 10,000 submissions from a global community of artists.

Benjamin’s prolific lust for learning, achieved through both a BA, MA and multiple online higher education courses, as well as his own personal autodidactism, not only sees his work imbued with many literary, art historical and philosophical references, but also sees him occupy the position of Associate Lecturer at University of the Arts London. Benjamin also writes extensively on art theory for a number of periodicals and publications.
ANTIHERO, finally, should be seen less as the presentation of a new body of work and more as the culmination of Benjamin’s last 7 years navigating the pearls and pitfalls of maintaining an artistic life, continuously experimenting and innovating whilst enriching his solo practice through a pervasive programme of reading, writing, curating, creating, lecturing, and most importantly, learning.
– Hector Campbell, Art Historian, Writer and Curator 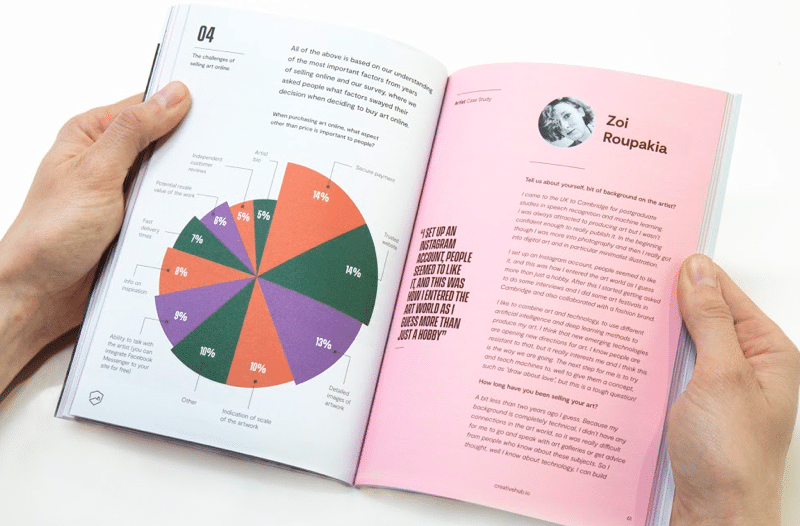 Our friends over at creativehub have just announced the release of their free book, Selling Art Online 2019!

This is an evolution of their 2018 edition, which sold over 15K copies with a 96% approval rating. We have given out copies of this book at a few of our panel discussions since it was released, and creativehub founder Stuart Waplington joined us for one discussion in 2018 to discuss the very subject featured in the book.

Selling Art Online 2019 is packed full of new and updated chapters along with fresh case studies from the ‘new wave’ of artists making their names, and serious sales revenue, online. This will be a great resource for artists hoping to sell their work online, and it is super easy to get hold of your own free copy.

Occasional Delphian collaborator Kate Mothes (founder of groundbreaking curatorial platform Young Space) shares her wisdom on all things Instagram, and how artists can use this as a marketing tool to create traffic online.

With multiple other case studies and 8 chapters, Selling Art Online 2019 gives you everything you need to get set up in just one day. 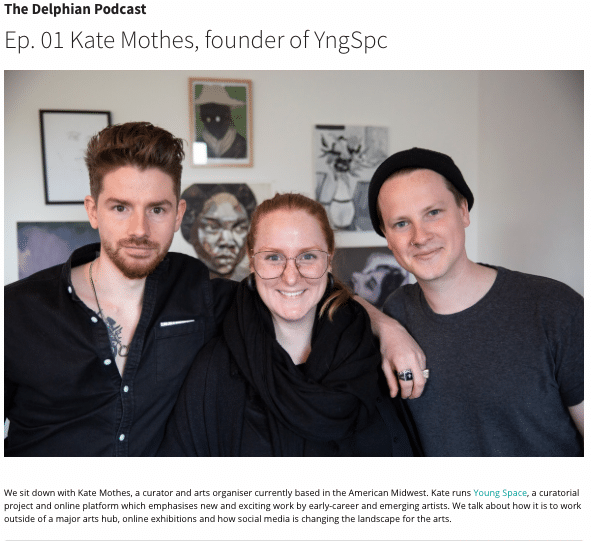 The Delphian Podcast is NOW LIVE!

For this first episode, we sit down with Kate Mothes, a curator and arts organiser currently based in the American Midwest. Kate runs Young Space, a curatorial project and online platform which emphasises new and exciting work by early-career and emerging artists. We talk about how it is to work outside of a major arts hub, online exhibitions, and how social media is changing the landscape for the arts.

The first episode can be listened on our website HERE, or on Spotify or the Podcast app. 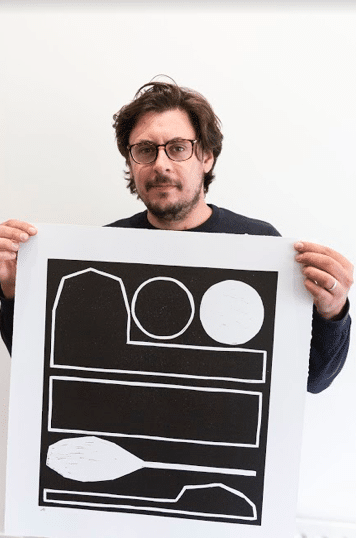 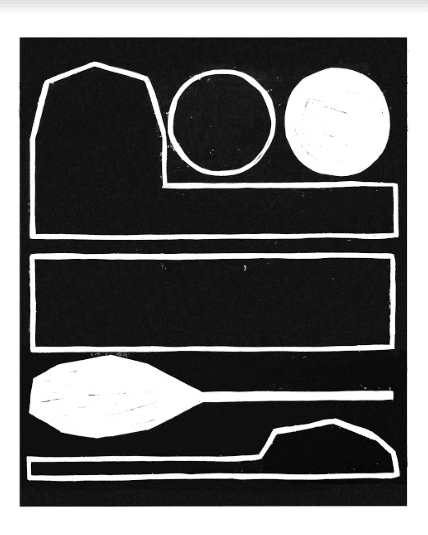 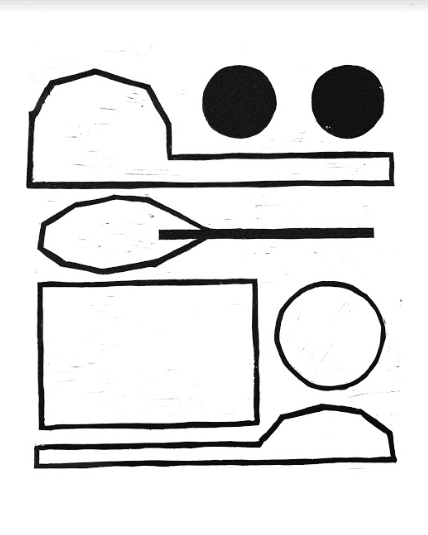 We are extremely excited to present these stunning Bertrand Fournier prints. He has created 2 very-limited edition linoprints for us as part of his debut UK exhibition “Some Pieces Of Mind”. The prints show his trademark symbolism and bold graphic style rendered beautifully in monochrome. 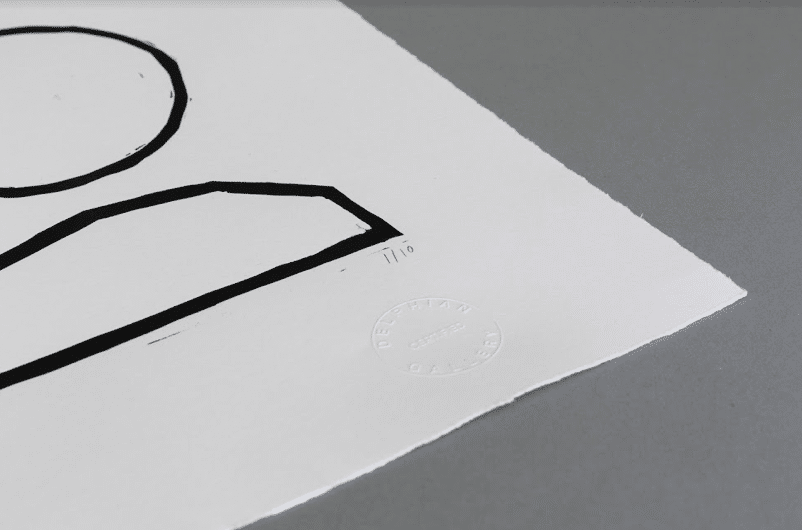 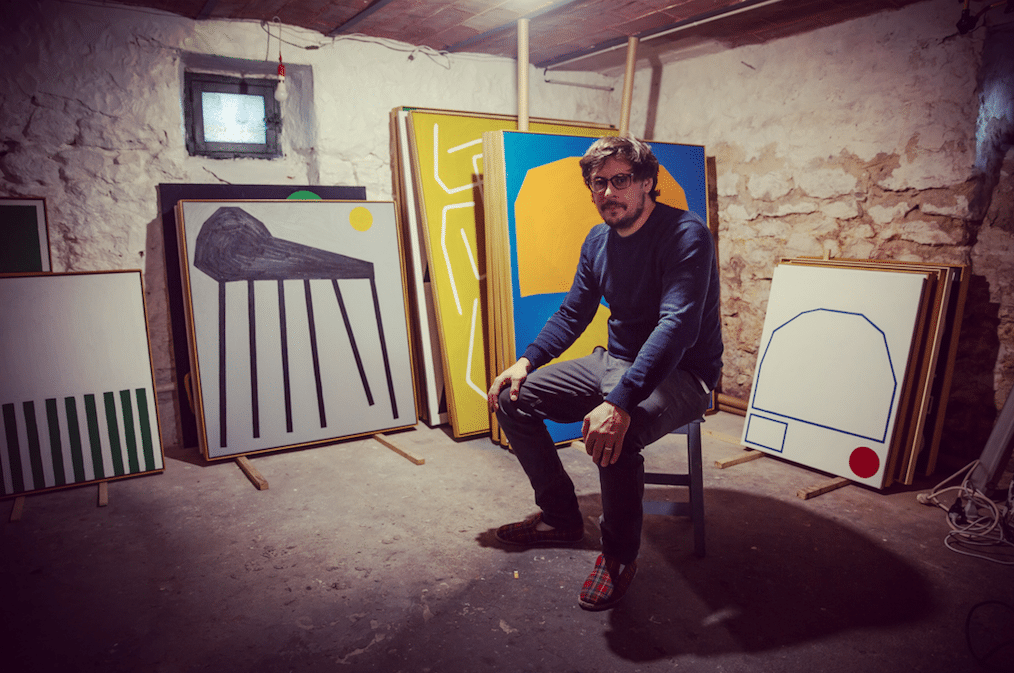 RSVP for our next show, which is the FIRST EVER UK solo show of exciting French painter Bertrand Fournier.

‘Some Pieces Of Mind’ opens in Shoreditch on the 2nd of May at 6pm.

11 new paintings will be on show, as well as two new linoprints. The drinks will be kindly supplied by Crate Brewery and Jarr Kombucha. 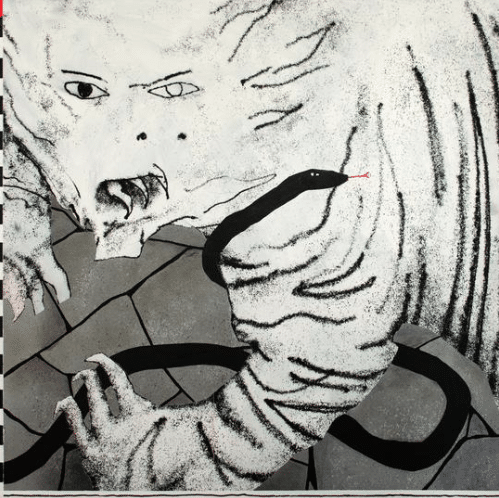 We are very pleased to announce the five Open Call winners from our 2019 show. Each of the five judges was allowed one Judges Pick, the list of these is below.

Prints of all of these, as well as the rest of the show, are available on our website. Click HERE for more.

Benjamin Murphy‘s Judges Pick, as well as being the Overall Winner 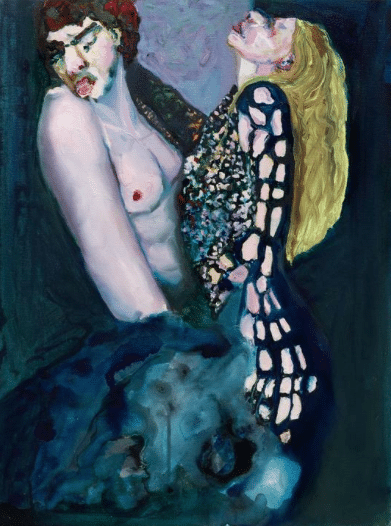 Vojtech Kovarik – Self Portrait With A Snake 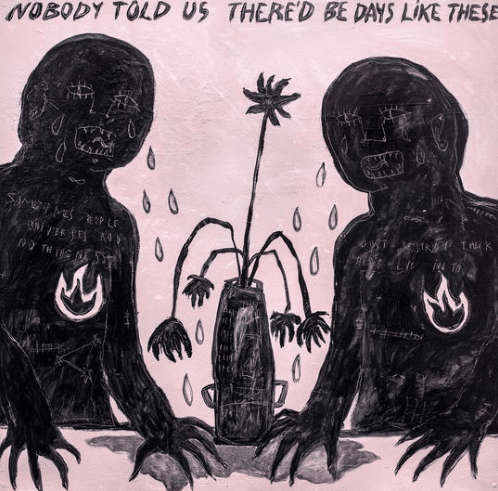 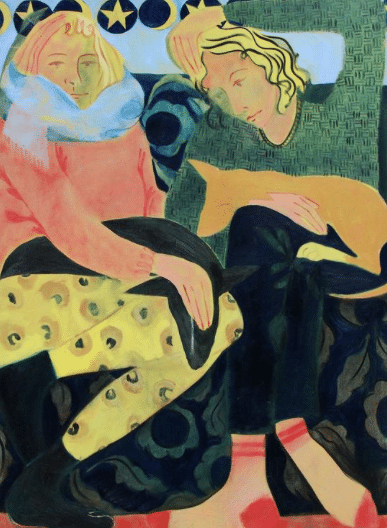 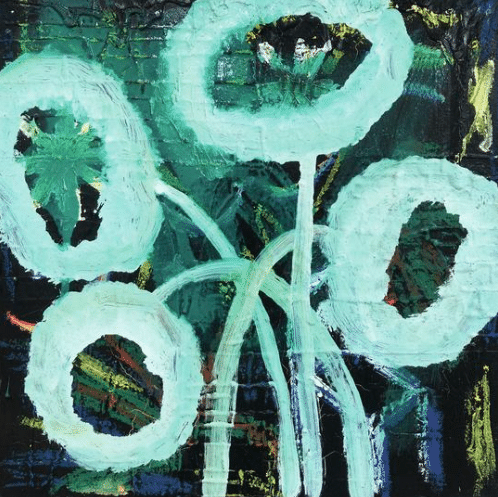 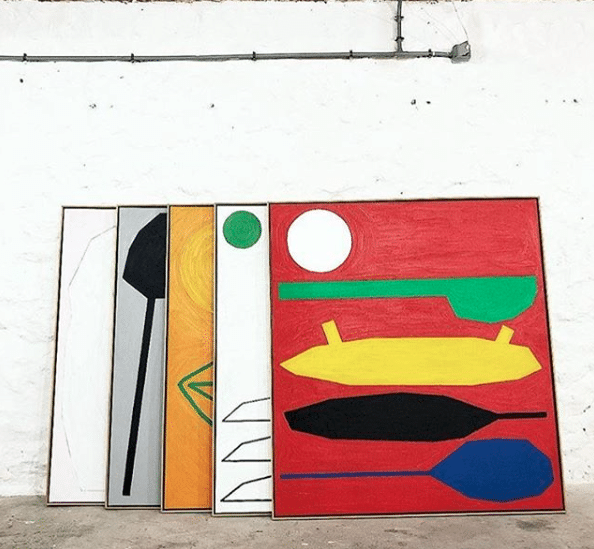 Bertrand Fournier is the next artist to be showing his work with us at Delphian Gallery, with his DEBUT UK SOLO SHOW Some Pieces of Mind in May 2019.

If you would like to request the catalogue of available works, please email us at info@delphiangallery.com

To join us for the private view, please click here

Some of the works in Some Pieces Of Mind 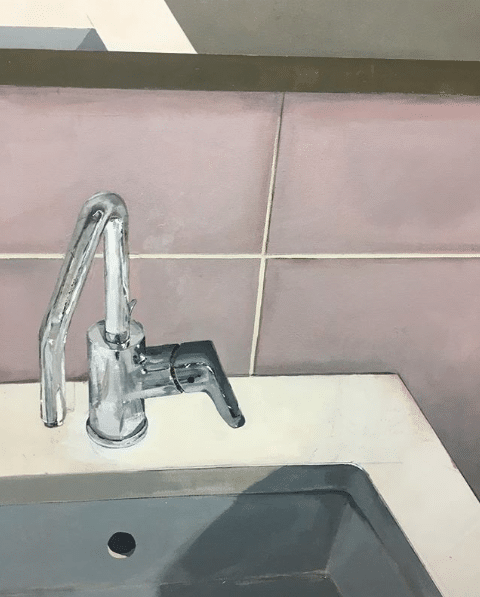 The below artists are in alphabetical order, and the works below aren’t necessarily the ones in the show.

Most of the works in the show are available as prints, which you can view by clicking this link.

‘Scuse the glare top left it’s just finally so sunny! Studio sunshine on a new painting of my dear friends having a morning cuddle with Frida on the sofa bed. Frida wouldn’t let anyone near her when she came to live with us a year ago so this is a painting about new friendships as well as old ones ❤️?? #figurativepainting #painting #oilpainting #contemporarypainting #supportemergingartists #textile #tender #morning #portraiture

Sneak peek of some of my work in tomorrow’s exhibition at @space_studios_london . Thanks for the pic @sara.anstis hope to see lots of you tomorrow ??#royaldrawingschool #contemporaryart #printmaking #monoprint #etching #drawing #londonexhibition #painting #portrait #colour

Extremely excited to announce that my artwork was picked for @delphiangallery ‘s 2019 open call out of an amazing 10,000 submissions! This piece ‘Untitled’ – 2019, will be exhibited at the @theprintspace in Shoreditch, London. The private view is on the 28th of March, tickets are free you just need to RSVP! Prints are also available to buy ? #abstractart #collage #illustration #illustratorsoninstagram #abstract #cutouts #matisse #tate #surfacepatterndesign #graphicdesign #worksonpaper #art #abstract #interiordesign #texture #sufracedesign #painting #artistsofinstagram #doitfortheprocess #creative #creativeprocess #delphiangallery #delphianopencall #worksonpaper

Piece of a larger painting in progress.

To see the first fifteen winners, please click this link

To see the second fifteen winners, please click this link 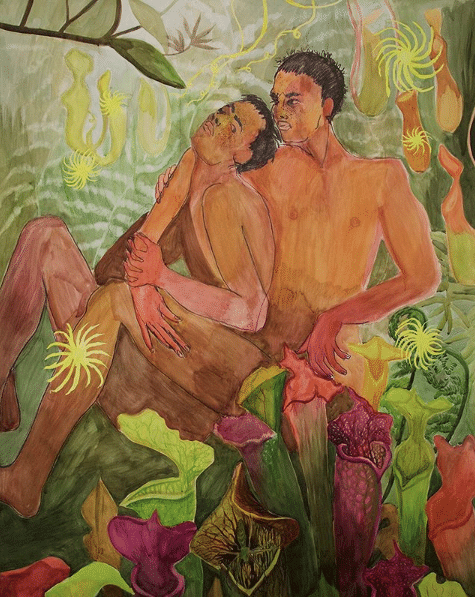 Here are the second fifteen winners of our 2019 Open Call. We had an incredibly difficult time whittling the 10,000 submissions down to just 45, but we got there in the end. Here are the first 15.

The below artists are in alphabetical order, and the works below aren’t necessarily the ones in the show.

Most of the works in the show are available as prints, which you can view by clicking this link.

War Cries On A Salt Lick

Couple of my paintings in a nuts house in Switzerland. More paintings to arrive there in the next few weeks, thanks to the lovely buyer and @artpistol for making this happen!

Looking back on a piece that hasn’t seen day light since it was done. Might get it back out for a look with fresh ?… . . . . #exhibition #art #fineart #contemporaryart #drawing #painting #illustration #kunst #sheffield #brighton #london #lines #jimmcelvaney #portraiture #portrait #bigcartel

It’s Sunday night and after a week in Helsinki now I’m really excited to get back to the studio. I have some new ideas that were bubbling in my head in Helsinki and I can’t wait to put them into my work ?

This is the other small painting I am showing @studio1.1_london gallery in Shoreditch until 3rd February 2019. ‘The Yellow Couch’ 2018, 20x32cm oil on canvas. #contemporarypainting #oilpainting #turpsstudioprogramme #turpspainters #studio1.1gallery #shoreditch #kunst #paintingisaverb

✨✨sold✨✨ i seem to be highly allergic to these flowers. i can no longer get up acrylic and oil pastel on paper 20 x 30cm ❤️❤️❤️❤️❤️❤️❤️❤️ #oilpastel #illustration #drawing

A post shared by Loreal Prystaj (@lorealprystajphotography) on Feb 3, 2019 at 5:52am PST

To see the first fifteen, please click this link 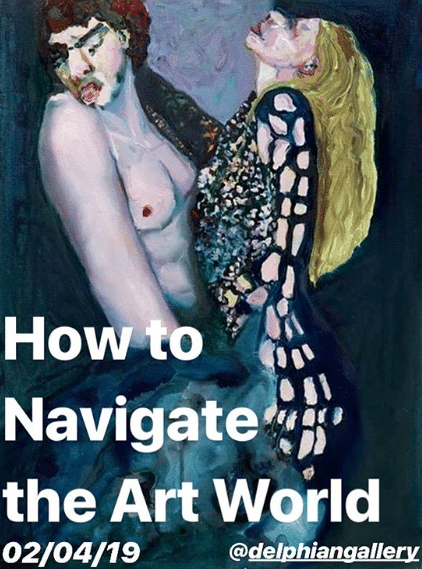 After the success of of our last talk Transition: How To Prosper In The Art World, we decided to do another similar one, this one taking its inspiration from our 2019 Open Call exhibition – How To Navigate The Art World.

To attend, please RSVP to the Eventbrite HERE